The Mystery of the Devil's Kettle

One of Minnesota’s greatest mysteries is that of the Devil’s Kettle. Located about 20 minutes northwest of Grand Marais, Minnesota up highway 61 is Judge C.R Magney State Park. Here, the gorgeous Brule River flows through winding terrain towards Lake Superior. As the magnificent river makes its way towards North America’s largest freshwater body of water, it makes an 800 foot descent in about 8 miles. This creates many outstanding waterfalls that cut through the rocky topography of the northland.

A few miles up the Brule, there is one waterfall that is a bit different from the others. The stream splits in two as it cascades 50 feet over a rocky ledge. On the east side, it flows smoothly over the rocks. The west side, however, is where the mystery lies. On this side, the rushing water funnels into a cavern that seems to lead to nowhere. It never fills up, and you cannot see an ending. Because of this interesting phenomenon, it was appropriately named the 'Devil’s Kettle.' 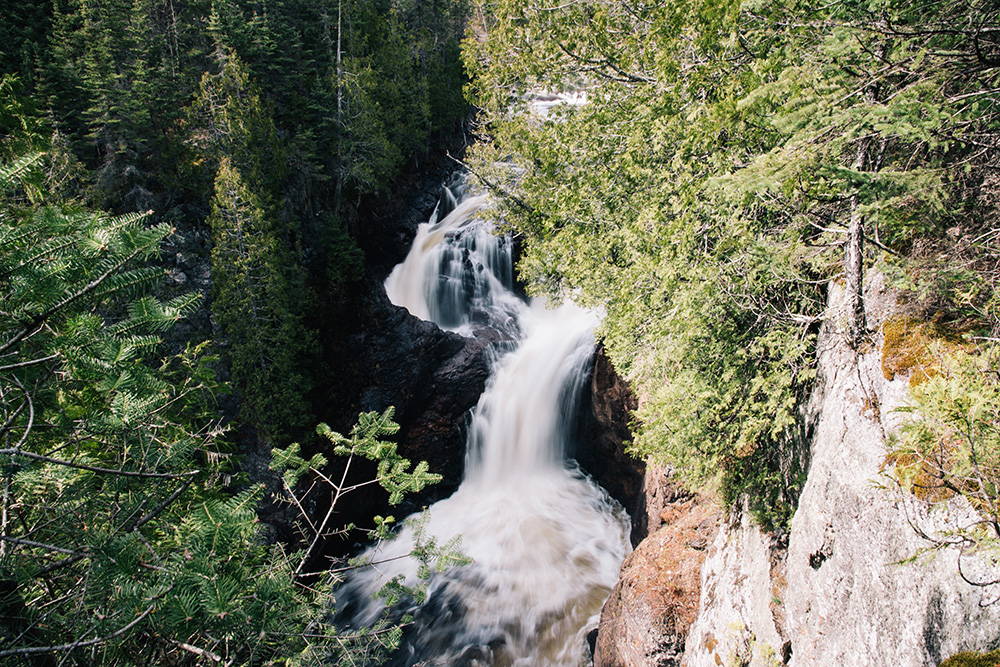 For decades, geologists from all over the northland were perplexed by the kettle. Rumors ran rampant as people tried to figure out what was happening to all the water. Some claimed that it led to an underground cave, others said that it flowed through a lava tube down deeper in the earth. While these were logical guesses, the type of rock in Judge C.R Magney State Park does not coincide with underground caves or lava tubes.

The next most logical thing to do was throw things down the Devil’s Kettle to see where they come out. People threw everything down there from sticks and logs to ping pong balls. Allegedly, a group of people even threw a car into the kettle, but this seems highly unlikely due to both the size and the inaccessibility of the kettle itself. With everything being dropped into the mysterious funnel, nothing had ever been seen again.

In 2017, a Minnesota hydrologis named Jeff Green decided to find out what was happening once and for all. He and a group of his peers measured the amount of water going over the falls along with the amount of water near the base of the falls. With results being very similar, it was determined that the water flowing into the Devil’s Kettle was deposited right back into the Brule River somewhere near the falls. The full article can be found here! 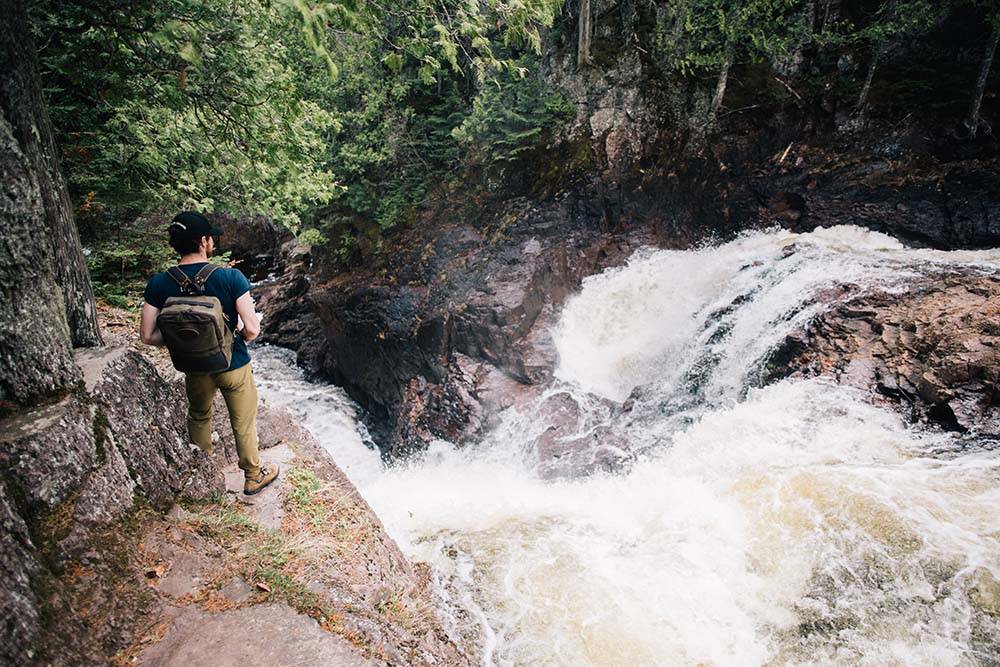 While this is a slightly disappointing end to the mystery of the Devil’s Kettle, it is no less beautiful than it was prior to the discovery. With massive cliffs and towering trees, the area around the kettle in Judge C.R Magney State Park is a must-see if you are traveling up near Grand Marais, Minnesota. From the parking lot, it is about a 1.5 mile hike to the Devil’s Kettle that includes about 200 stairs. While the hike isn’t too difficult, plan ahead and bring lots of water and other necessities. The new Devil’s Kettle Pack from Frost River allows you to hold everything you need for a day on the trail. With a multitude of lash squares as well as other accessories, you can carry everything from water bottles to bedrolls. This handy bag was just released and is ready to follow you on your next adventure! 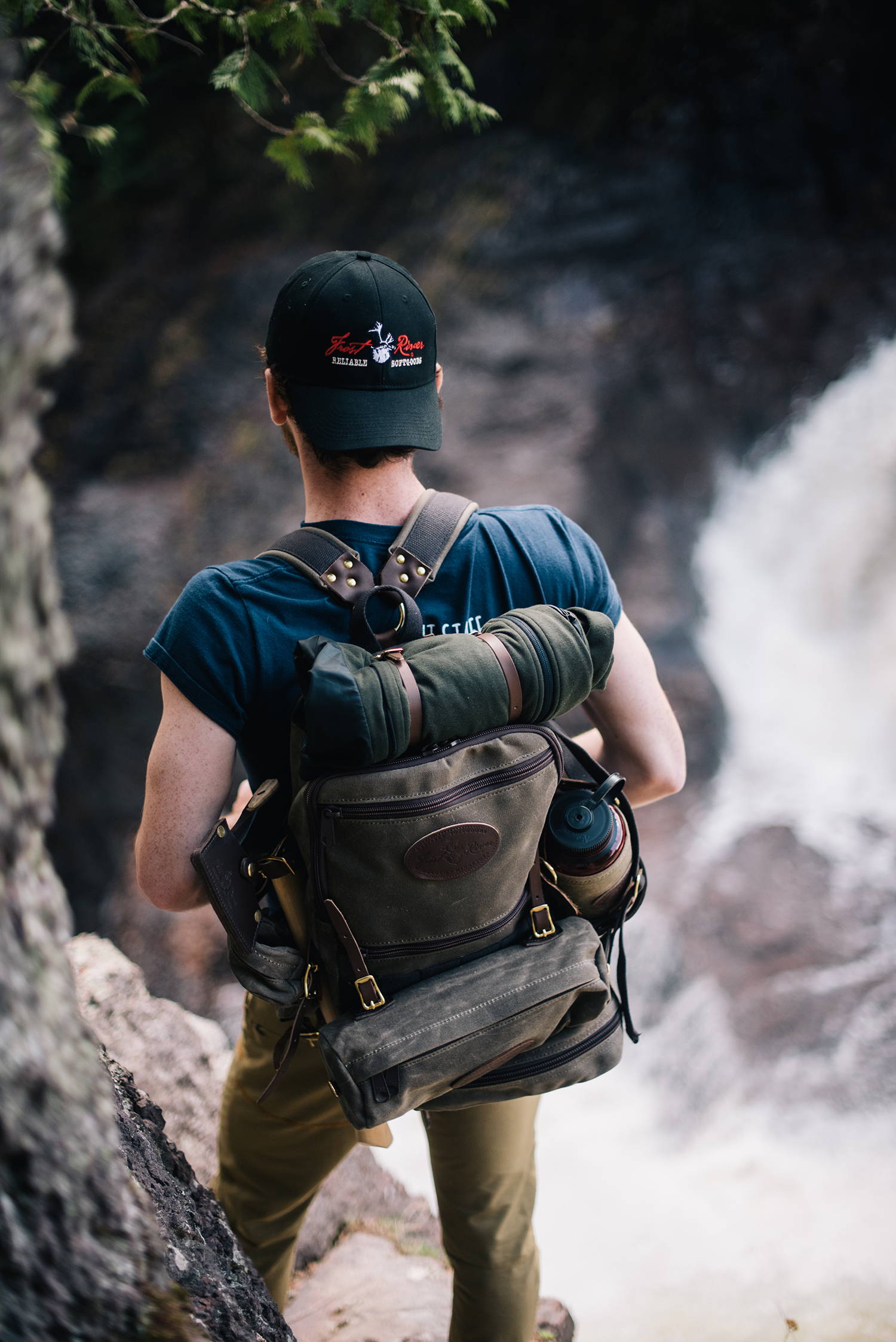